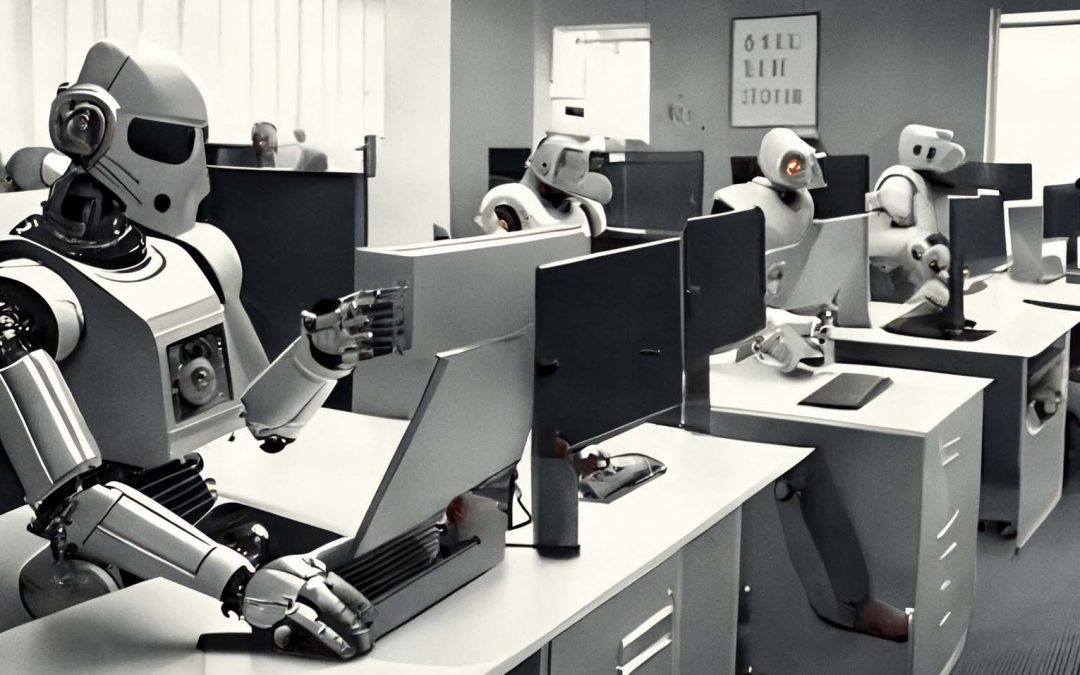 With new technology, globalisation and artificial intelligence threatening jobs of all kinds, what can you do to protect yourself?

I’m sure we can all sympathise with two groups of workers from the 19th century whose work had them up very early. They are the Knocker-Uppers and Night Soil Collectors.

A Knocker-Upper’s job was to wake people up – a sort of human alarm clock for shift workers. At dawn, or even in the middle of the night, they would knock on people’s doors or their first-floor windows and not leave until they knew the occupant had got up so they could go to work. For this, they would be paid a few pence a week.

It was a cold and dreary profession, but the Knocker-Upper’s job was an earthly paradise compared to that of the Night Soil Collector. In case you didn’t know, night soil is a euphemism for human excrement. In the days before plumbed sewage systems and septic tanks, disposing of poo presented a problem.

Enter the Night Soil Collector, whose job was to collect and dispose of this human waste. As the title suggests, they mostly did this during the night, selling on their haul to be turned into fertiliser.

Apart from getting up at an ungodly hour, what also links these two professions is that they no longer exist. Both were made redundant by advances in technology. The Knocker-Upper was replaced by cheaper, more reliable alarm clocks and improvements in home lighting. Night Soil Collectors were no longer required once mains sewerage was installed.

Disruptive technology is nothing new

Technological advances have always been disruptive to people’s professions. My mother was, in the 1960s, a bus conductor in London. By the 1980s, her job was obsolete as technology had advanced to make one-person operation (i.e. the driver) the norm.

Other jobs from the 1960s that have disappeared include switchboard operators, lift operators, typists and cinema projectionists. All swept away by new technology.

We tend to look back at history and assume that what happened to people back then couldn’t happen to us today.

But I only have to look back at my career – I’ve seen first-hand how fast roles can become obsolete.

My first job in design, 34 years ago, was as a trainee designer and typesetter, working at an in-house printer within a large university.

I was taken on to replace an old-school graphic artist who was due to retire that year. He trained me to use a photo-typesetting machine. This machine produced “galley bromides” – long sheets of photographic paper with paragraphs of type set on them. We would key words into a computer using a clunky keyboard and a green screen monitor, and we’d add arcane code to change the fonts or the size of the type or the line length.

When we’d input our copy and printed it, we’d cut it out with a scalpel and paste it onto artboards, which was how leaflets and newsletters were designed and laid out. When you had finished your layout, the artboard was taken into a darkroom where a camera operator would place it under a process camera. This produced a large sheet of negative film, and this film was then given to a plate setter whose job was to create printing plates, which were then used to print your leaflet or newsletter.

If you wanted to include photos in your layout, that added a whole new batch of complex processes.

After about three months of this, I discovered a load of boxes in the storeroom one day, and I went and asked my boss about them.

“Oh,” he said. “That’s a batch of computer equipment that was bought for us, but nobody knows what to do with it.”

The boxes contained a complete desktop publishing system – two Apple Macs, a large monitor, an Apple LaserWriter printer, a scanner and some software – something called Photoshop and QuarkXPress.

I had some brief experience with MacPaint at college, so I said I’d set it up.

The software allowed me to lay out my designs, see them built up on screen in real time, and print them in one piece. So no pasting up and no smelly photographic chemicals.

I’m sure some younger people reading this are thinking, “Yeah, so what. We’ve always been able to do that.” Well, back in 1989, it was revolutionary.

So much so that within the year, the old photo-typesetting machine and the process camera were in a skip. I had seen the future!

However, for some, the future was already here. You may remember the Wapping dispute in 1986 when Rupert Murdoch moved production of The Times and the News of the World newspapers to new printing facilities in Wapping, East London. The 54-week strike by an alliance of print unions was because the new technology was set to put 90% of their typesetters out of work, which it eventually did.

I stayed in my job at the university for 12 years. I was a senior designer by the time I left, but my role by then incorporated seven other jobs. I had assumed the functions of a compositor, a typesetter, a paste-up artist, a prepress camera operator, a manual photo-retoucher, a film stripper and a plate-setter.

If only I’d received seven times the wages!

Advances in computer hardware and software had swallowed up all those jobs.

My old-school graphic artist colleague got out just in time.

That shows you how fast modern technology can make people redundant. But there are also more forces threatening our jobs. One is globalisation.

It’s the worldwide integration and interactions of cultures, companies and governments. In economic terms, globalisation has allowed us to tap into foreign labour markets and allowed our companies to compete in overseas markets.

A few years after I left my university job, I found myself working as the design manager of a group of companies in the motorcycle clothing industry. The company began in the 1980s as a motorcycle boot maker. All their design and manufacturing were based in the UK. Clothing lines soon followed, and as the company grew, the owner realised he could save incredible manufacturing costs if he sent it offshore.

So, his bootmakers and machinists were all laid off in a few years. He transferred those jobs to factories in Pakistan and China. The wage differentials were staggering. When I talked to the manager of the Pakistan factory in about 2005, he told me his best workers were earning the equivalent of £5 a week. This was, he assured me, an excellent wage for the city he was based in, and he had a long waiting list of people wanting to work for him.

With wage differences like this, it’s not difficult to see why so many companies offshore various parts of their businesses. Telemarketing, customer service, accounting and computer programming are all jobs frequently transferred abroad due to cheaper labour costs.

So, with a pincer movement of technological change and globalisation homing in on all of us, we now also need to consider the rise of artificial intelligence and generative software systems, and that’s covered in Part 2.