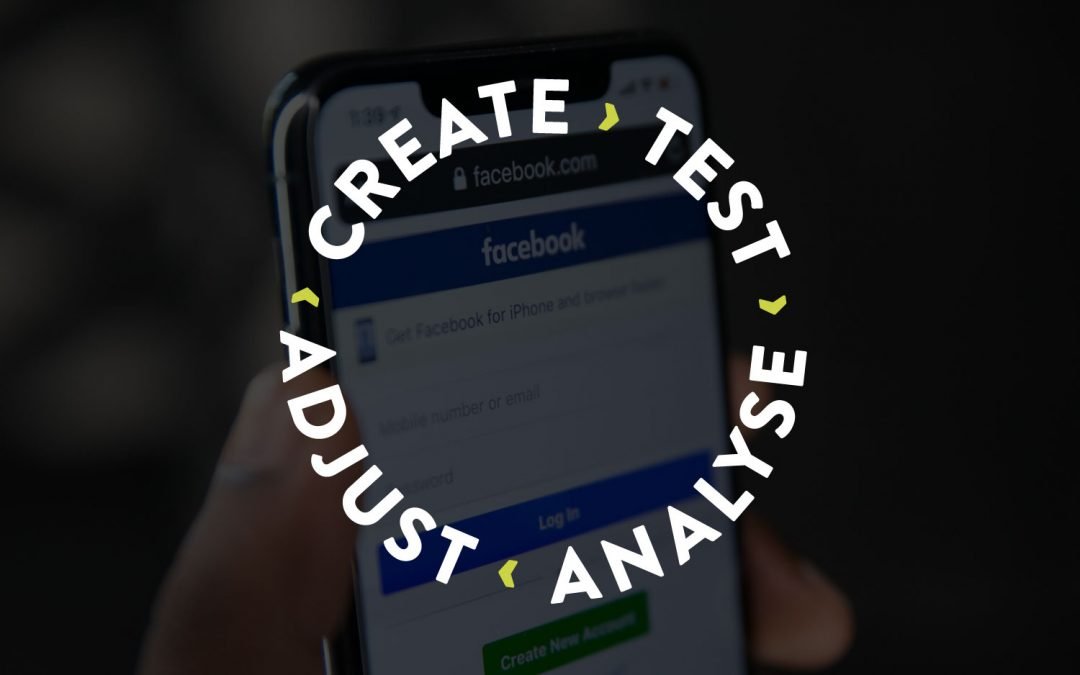 If you’ve dabbled in Facebook advertising, here’s a simple tip for optimising your results.

Many business owners will run a single display ad for a short while and then stop. Once they’ve run an advert, they tick that off their checklist as a job done and move on to something else.

Their single ad may not have delivered the expected results, so Facebook advertising gets written off as “something we tried, but it didn’t work”.

This advertising approach is somewhat naive.

Sometimes running a single, quick ad campaign is the right thing to do. For example, running campaigns for imminent time-bound events, flash sales, or to fill a gap in your order book.

But if you’re promoting products and services that are always available, you should consider running a prolonged campaign. Longer campaigns allow you to adjust and improve your ads, and therefore your results.

Over time you can learn what works best, and as you do, you lower your acquisition costs and the prolonged exposure enhances your brand awareness.

Professional advertising agencies continually test many different ad versions for their clients and analyse performance data to understand which are most successful.

The conclusions of the data analysis are fed back, and the adverts are adjusted and run again.

If you are serious about running adverts for your business, you should consider taking a similar approach.

What do you test, and how?

You can set up some test features while creating your display ad.

Using Facebook’s Ad Manager, you have the option to create multiple headlines. This might seem an unnecessary extra step, but it is, in fact, highly beneficial.

I am currently running advertising for a garden design company. When I created their campaign, I included four headline options:

When I wrote these headlines, I did not know which one would be the most effective. If I had to guess a winner, I would have chosen the first one because it was a headline we have used before with some success.

After running the ad for a week, I checked the Ad Manager data to gauge the effectiveness of each headline.

The winner, by a wide margin, was the second one. It was three times as effective as the others and delivered over half the landing page views.

If I had gone with my gut feeling, I would not have used this headline, and we would have ended up paying a lot more for our leads.

As well as this type of test, which can be run automatically on just one ad, you can set up an A/B test, otherwise known as a split test.

What is split testing?

In an A/B test, you run two versions of an ad concurrently, with one change between them. Half your audience sees ad A, the other ad B.

After a few days, you can see which variant is more successful.

For the garden design ad, I ran a split test on the image used in the ad, and it quickly became clear which was more popular. The cost per click of the winning option was 20% lower.

Now I have a successful headline and image, the temptation is to keep running the ad with those in place. But to continue to improve our ad’s performance, we should keep testing new variations.

By running continual advertising, split testing your adverts, and analysing your results regularly, you can make improvements and eventually spend less acquiring each lead.

What can you split test?

Some of the most popular elements you can test include:

If you are running an A/B test on your display ads, one thing to remember is only to change one thing at a time.

If I were to change two elements, such as the headline and the CTA, and one ad became more successful, I wouldn’t know which change was responsible.

Many other digital services allow for A/B testing, as well as Facebook. As before, try not to split test separate elements of a campaign simultaneously.

For example, don’t run an A/B test on your Facebook display ad at the same time as running one on your Mailchimp landing page. You won’t know which change has improved performance, and the changes may even cancel each other out.

Running ads this way requires a change of approach for many SMEs. You’ll need to commit to medium or long-term advertising spending. You don’t have to run ads 365 days a year, but you need to run them for long enough to analyse and improve their performance.

Doing so makes your ads more effective and increases your return on investment.